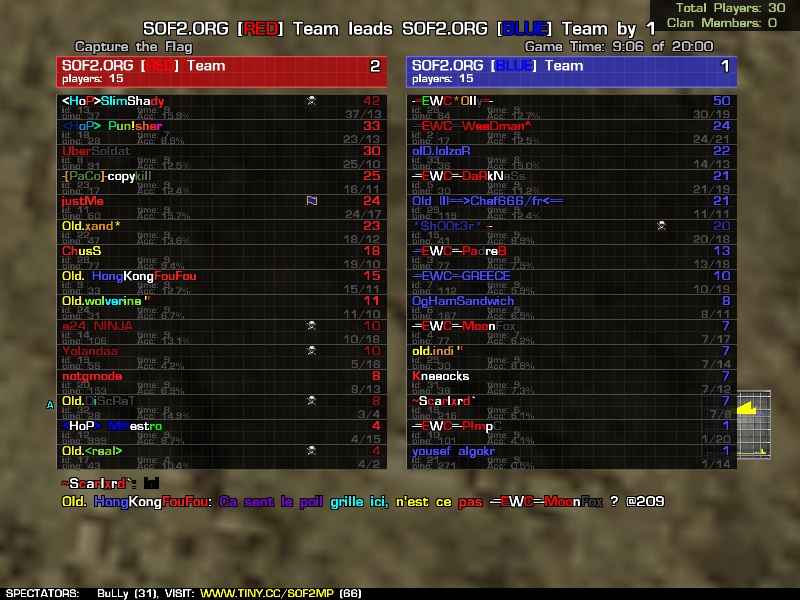 Thanks to all that joined and played in the first ever SOF2.ORG MULTI-SQUAD 15vs15.

There was an impressive turnout and we managed to get the full 15vs15 which is the most important thing, so well done to the community for coming together on this.

Competing were a mix of clans and individuals consisting of EWC, HoP, .Old, HD and a few others, it was great to see the community unite and play together instead of individually on their own servers.

The first map (mp_jor1) was just far too chaotic and a bad choice of map in my opinion, but it went ahead without a problem except a few people crashing and lagging as expected.

The second map (mp_hk2) was more solid and less chaotic in gameplay with everyone spread out more and able to concentrate on tactics, the man of the match goes to for breaking the flag deadlock on hk2.

I think over all everyone enjoyed their self despite how chaotic the start was, we can only improve by learning what works best and implement some tweaks for future events.

For the next event there will 100% be a few tweaks to the format to help with the organisation in-game, because it was difficult to keep track of squads in the current format.

It’s also likely that any games over 30 players will only be played on pre-decided maps capable of handling that many players, maybe even a large custom map like max_zena or vok.

Once again, thanks to all that took part,

Catch you at the next event…

PS* If you have any suggestions or tweaks to the event format, server settings etc.. then just let us know on discord, we want to make it as fun and fair for everyone as possible so if you’re not happy with something then please let us know. 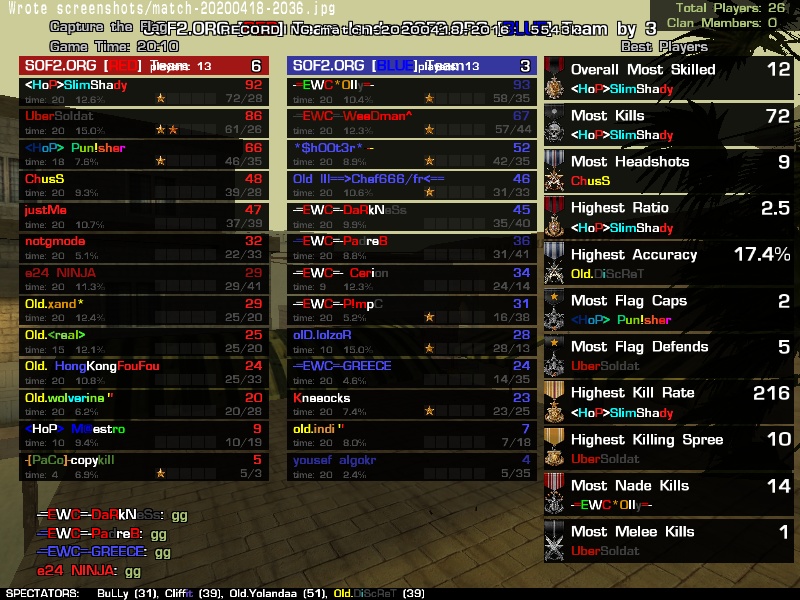 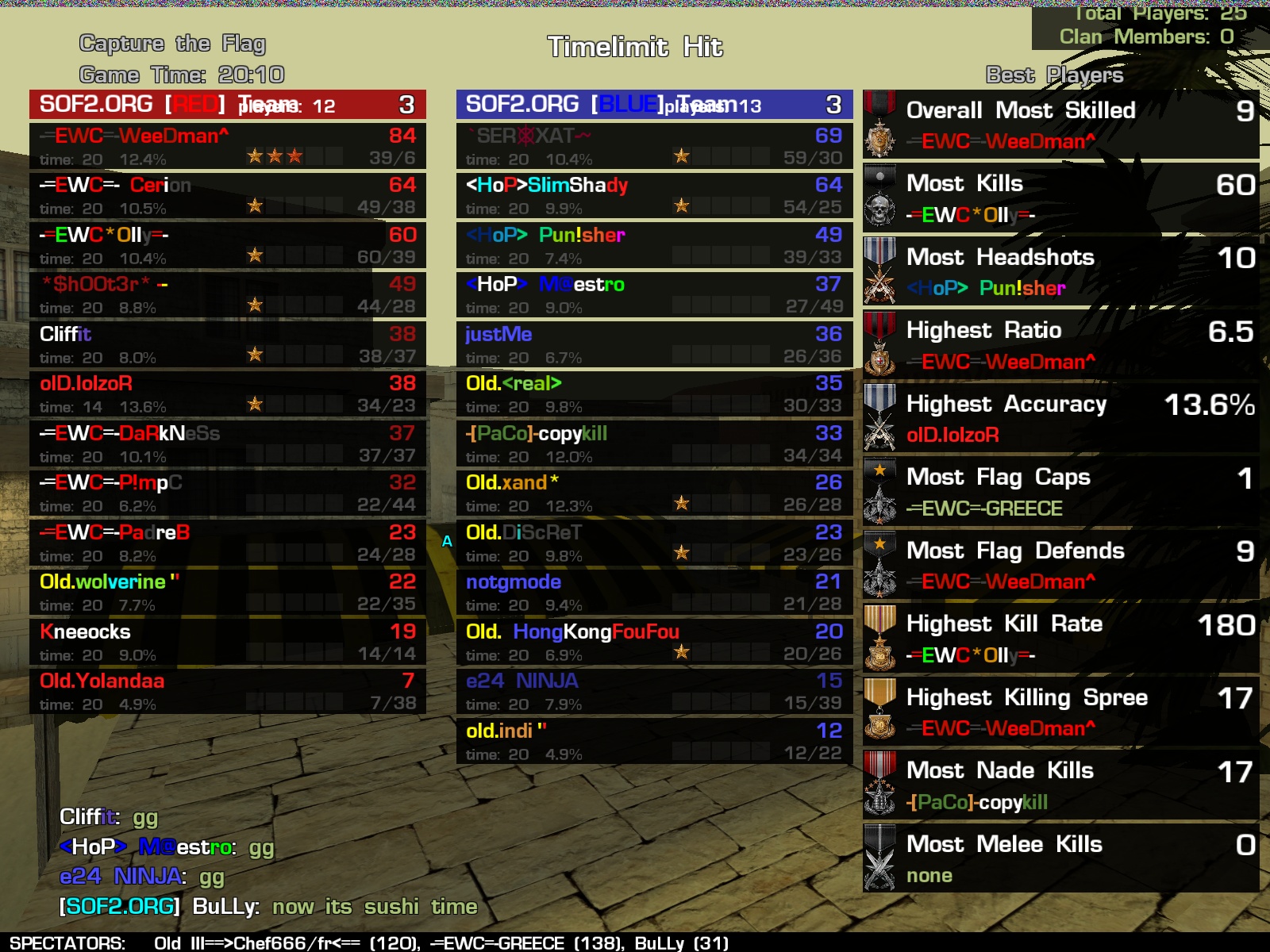 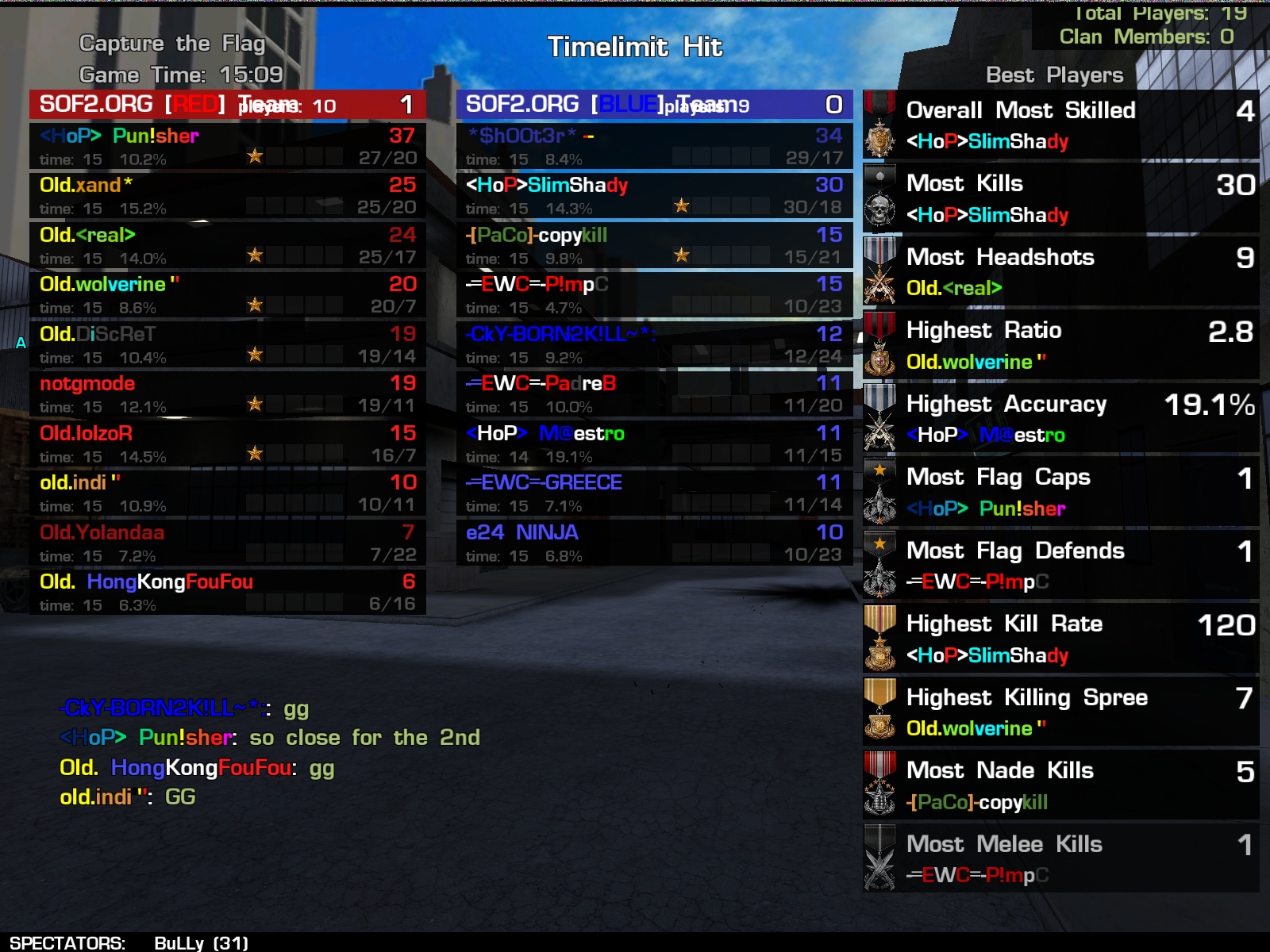